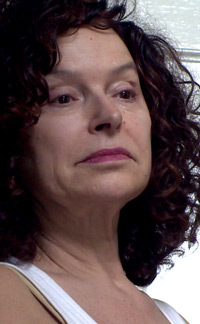 Currently Julia is writing a new drama set in France 1940. Leading characters are Hannah Arendt and Charlotte Salomon.   As Happy As God In France is backed by a grant from Cockayne Grants for the Arts. Her two screenplays The Road to Paradise and London Medea – supported with a Writing Residency from Dyspla -are in development.

Julia’s stage career includes working as an actor in theatre, radio, television and film as well as that of a playwright and stage director.

She has written 18 plays most of which have been produced nationally and internationally. Her dramas are published by Oberon Books, Faber and Samuel French (Inc).

As a theatre director she has worked widely in London, France and in New York City.

Her freelance journalism has been for The Guardian, The Times, The Observer, The New Statesman, The Financial Times, City Limits, Time Out, New Society, The Jewish Chronicle, BBC Radio and as a radio and TV commentator. She has been a Writer in Residence at the University of York and the Wiener Library.

Her awards have included a NESTA Dreamtime Fellowship, an Alfred Bradley BBC Award , Moondance Award and she was a finalist in the Association for Theatre in Higher Education Award of Excellence in Playwriting.

As  director of Pascal Theatre Company, Julia produces large scale projects that are artistic and educational.

Julia also freelances as a speech writer for artists and teachers.

She is represented by United Agents, London.