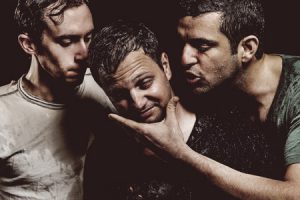 Nineveh is at Riverside Studios until Sat May 11 2013

Scenes from Julia Pascal’s ST JOAN  were workshopped at

Orly Rabinyan was the director.

BROKEN ENGLISH is based on a secret history set in 1947 when  Jewish activists planned  to assassinate the Foreign Secretary Ernest Bevin as a protest against his White Paper and its Jewish quota.

WOMAN ON THE BRIDGE which is set today. It explores the story of a London woman who goes to the Brooklyn Bridge in order to jump off it.

Curated as part of The League of Professional Theatre Women’s 30th anniversary.

Pascal’s THE DYBBUK had its  US premiere at  the THEATER FOR THE NEW CITY in Manhattan in August 2010.