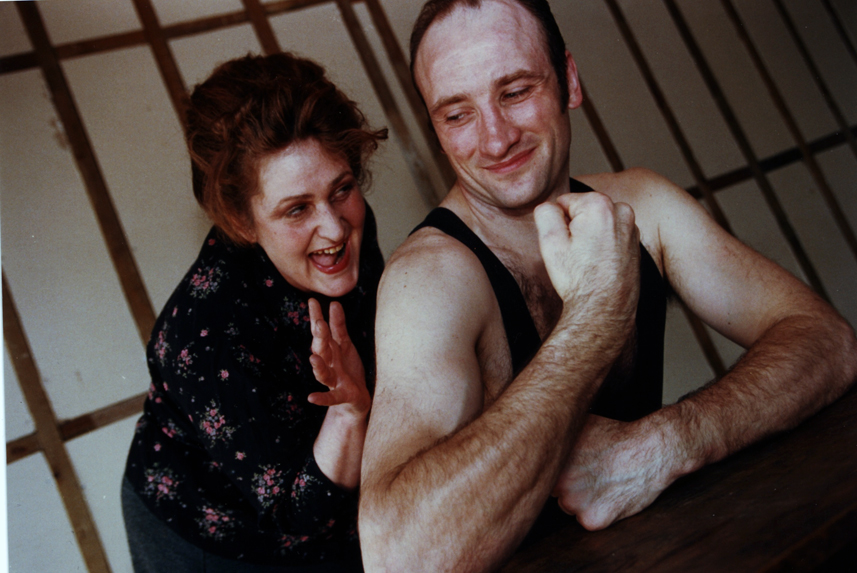 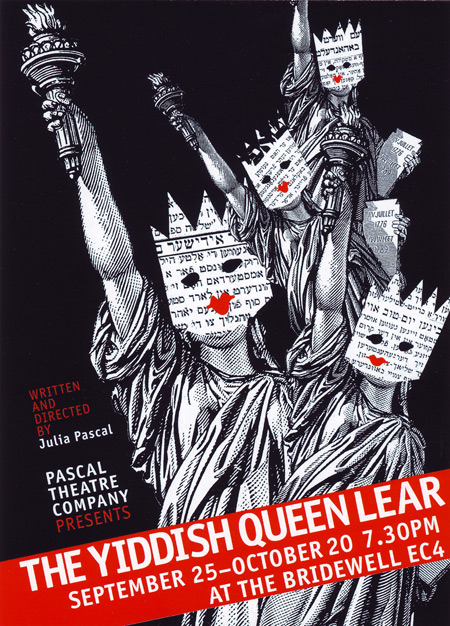 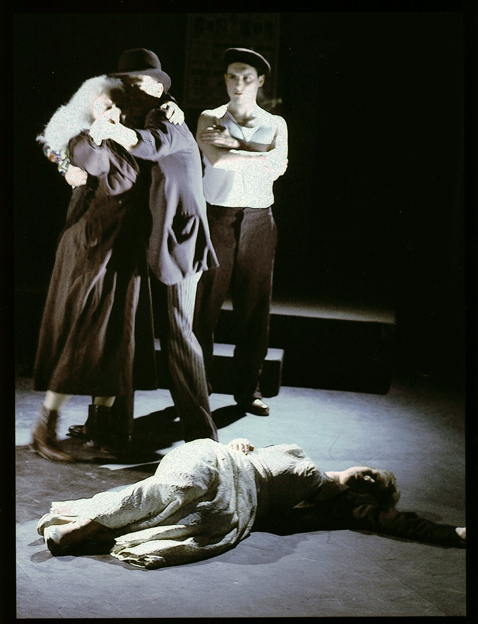 A drama with music set in New York’s Lower East Side in the 1939 and on the French Swiss border in 1940.

New York in the late 1930’s. A once-famous Yiddish actress gives her theatre business over to her three daughters.

A story of love, infidelity, betrayal and exile inspired by Shakespeare’s King Lear this new play with music, examines the moment when Jewish East European and American cultures mix on the eve of the Holocaust.

Pascal shows the clash and connections between two worlds in a vibrant, funny and tragic play.

The Yiddish Queen Lear is a free reworking of Shakespeare and a homage to the lost world of Yiddish theatre. The language of the shtetl , given dramatic form in Eastern Europe and exported by emigrants to New York, gave voice to a rich and varied theatrical tradition until its culture was wiped out in the war.

Pascal takes us on a whistle-stop tour of the full range, from sparkling music-hall comedy and plaintive song to improvisation, while showing an endearing lack of reverence for her subject.

“this play is an effecting and eclectic treat”
Evening Standard

“a fascinating and enjoyable evening”
The Guardian

“This is a raw play. . . prepare to leave exhausted and angry”
TNT Magazine

I love it here Joseph.  On the Lower East Side you look up and see all those tenements.  Inside, men and women are talking.  Or loving.  Maybe the wife is preparing a chicken.  Someone is playing piano.  People are dancing.  Or having a fight.  And kids are being born in small unheated rooms because there is no money for the hospital.  Uptown in a smarter place, a man lights up a fat Cuban cigar.  People drink bourbon, clink glasses and make plans.  The Jews are talking about the Catskills.  They remember going to the Red Apple for refreshments, the drive up the steep Wurtsboro Hill they’re full of angst in case the old jalopy can’t make it.  They read the Yiddish press.  Mothers worrying about their sons who won’t get married because they’re too interested n socialism and unions.  A man shoots himself because he’s disgusted at being a union scab.  He scabs to earn fifteen bucks a week to feed his wife and kids.  After the funeral, the union decides to take on the family till they get on their feet.  Every day there are small acts of progress.  Close your eyes and listen to all those people in the street, Joseph.  They are speaking Chinese or Yiddish, Italian or German.  Some of them are colored and they’re speaking the language of freedom.  Here we are proud, proud of all the tired and grimy people you meet on the street, their faces lined with work, proud because it’s our sweat sweating in those sweatshops/.  It’s our labor that’s working its ass off to make a few dollars.  And we’re here building unions to get a decent buck to feed the kids too poor to be born in hospital.  If we keep faith, the kids will eat, not only what’s on the table, but we’ll feel also their hearts, their brains, their souls.  They can be Jews and Americans.  We’ll Americanize the Yiddish actors and the Yiddish public.  A new culture full of hope and resistance and joy.  That’s what we’ll do, Joseph.  Isn’t that right?  Isn’t that what we’re here for?

The Yiddish Queen Lear opened on 20 April 1999 at the Southwark Playhouse, London

The Yiddish Queen Lear was played by Ruth Posner.