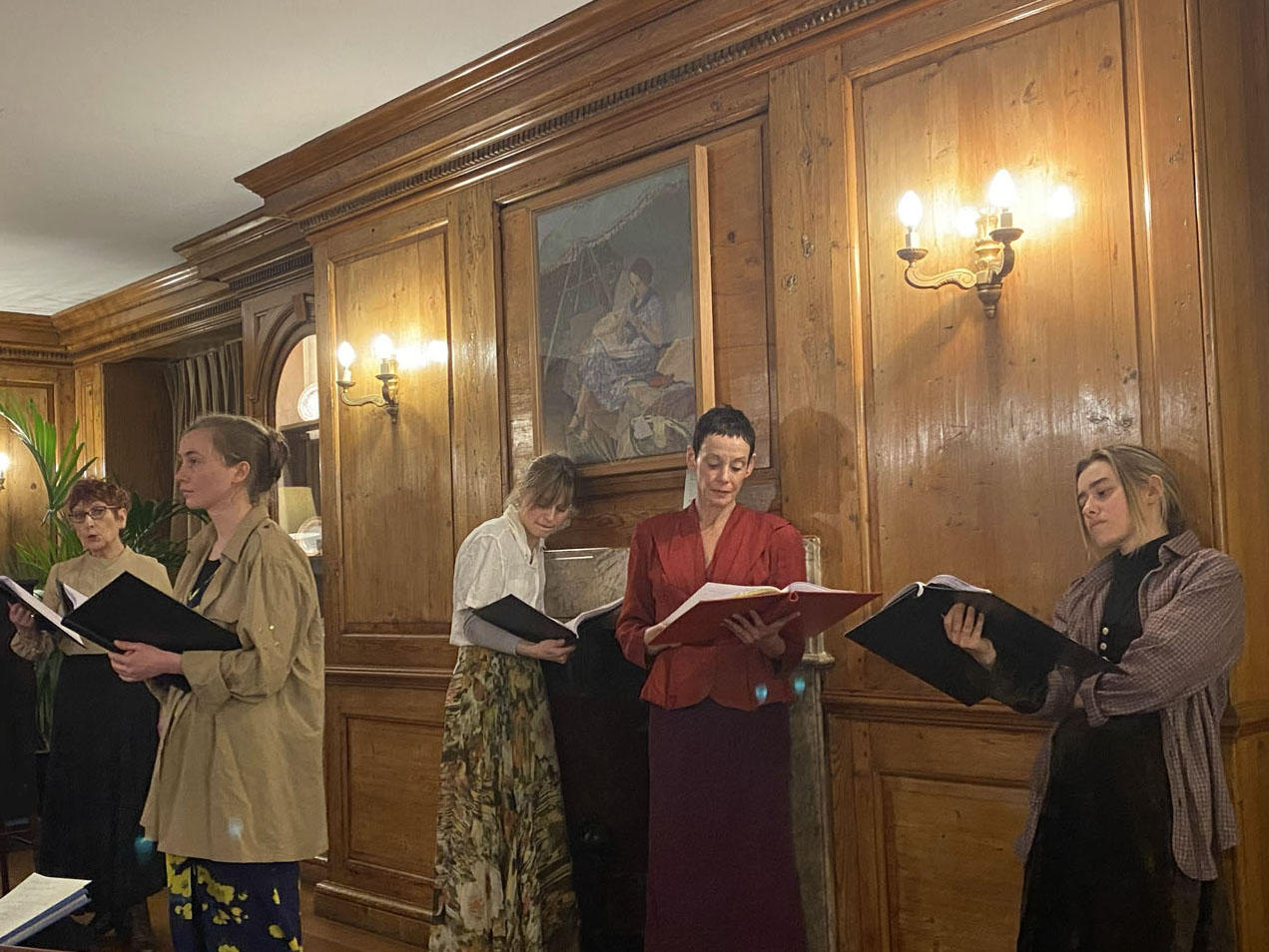 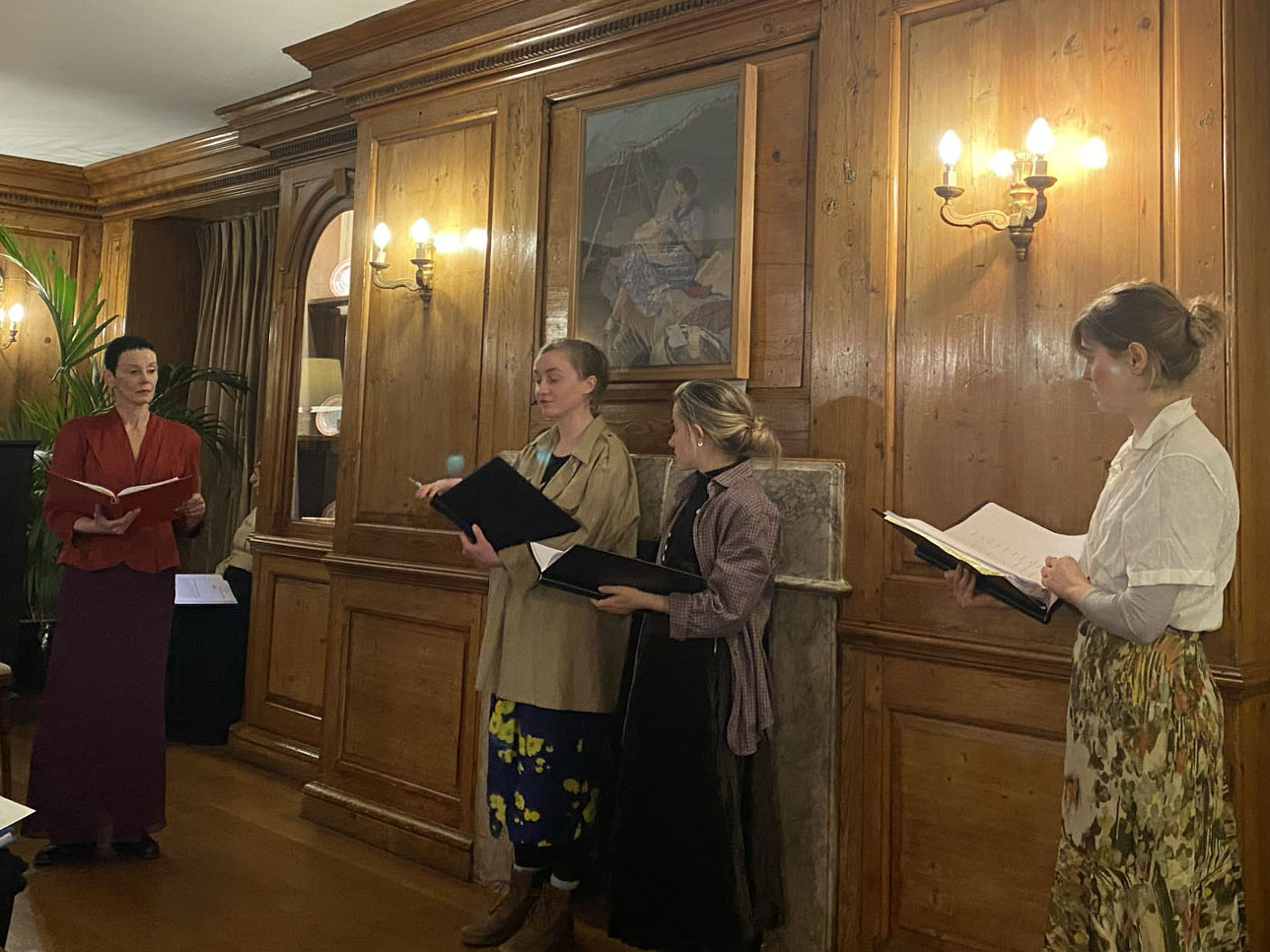 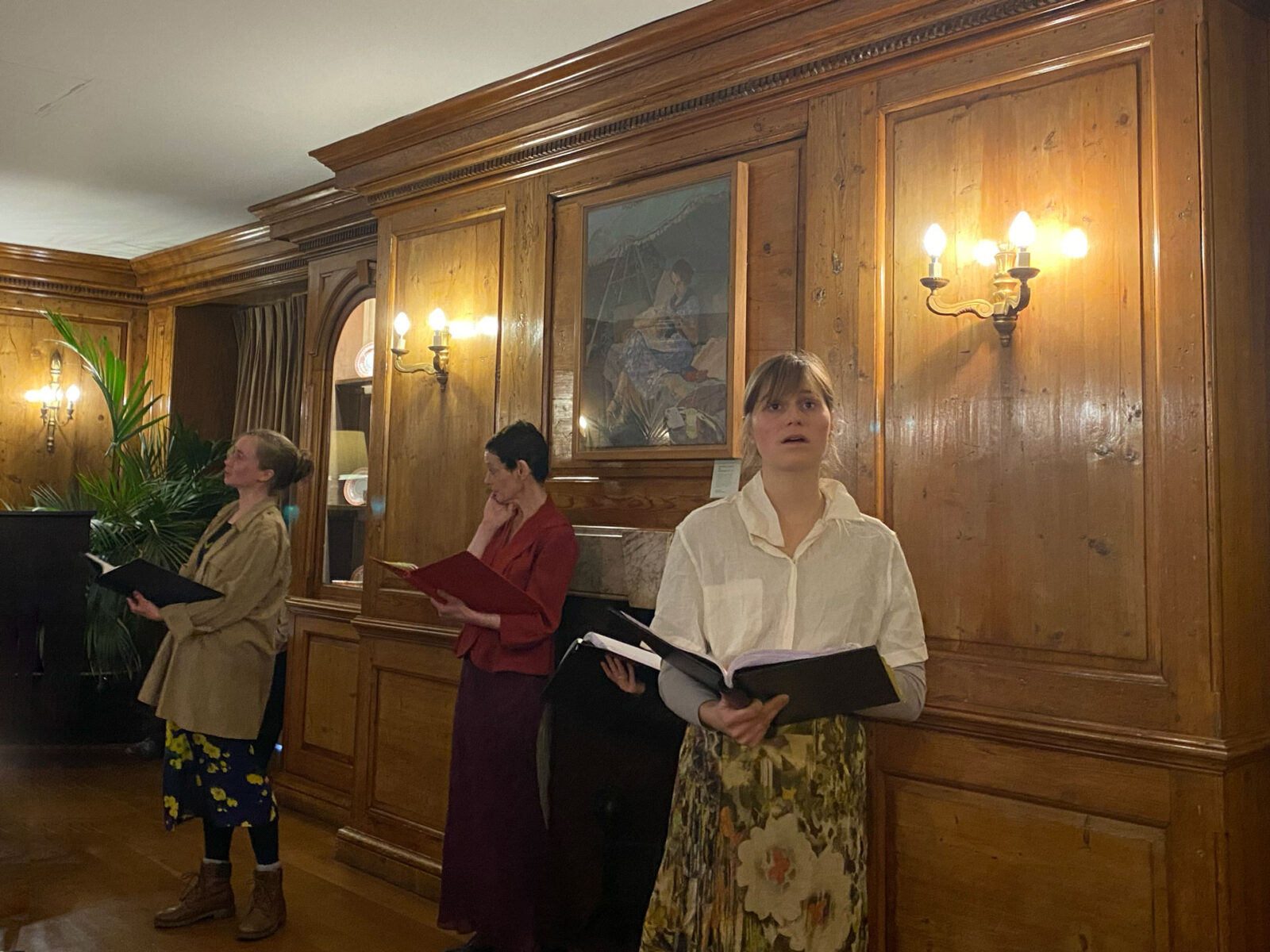 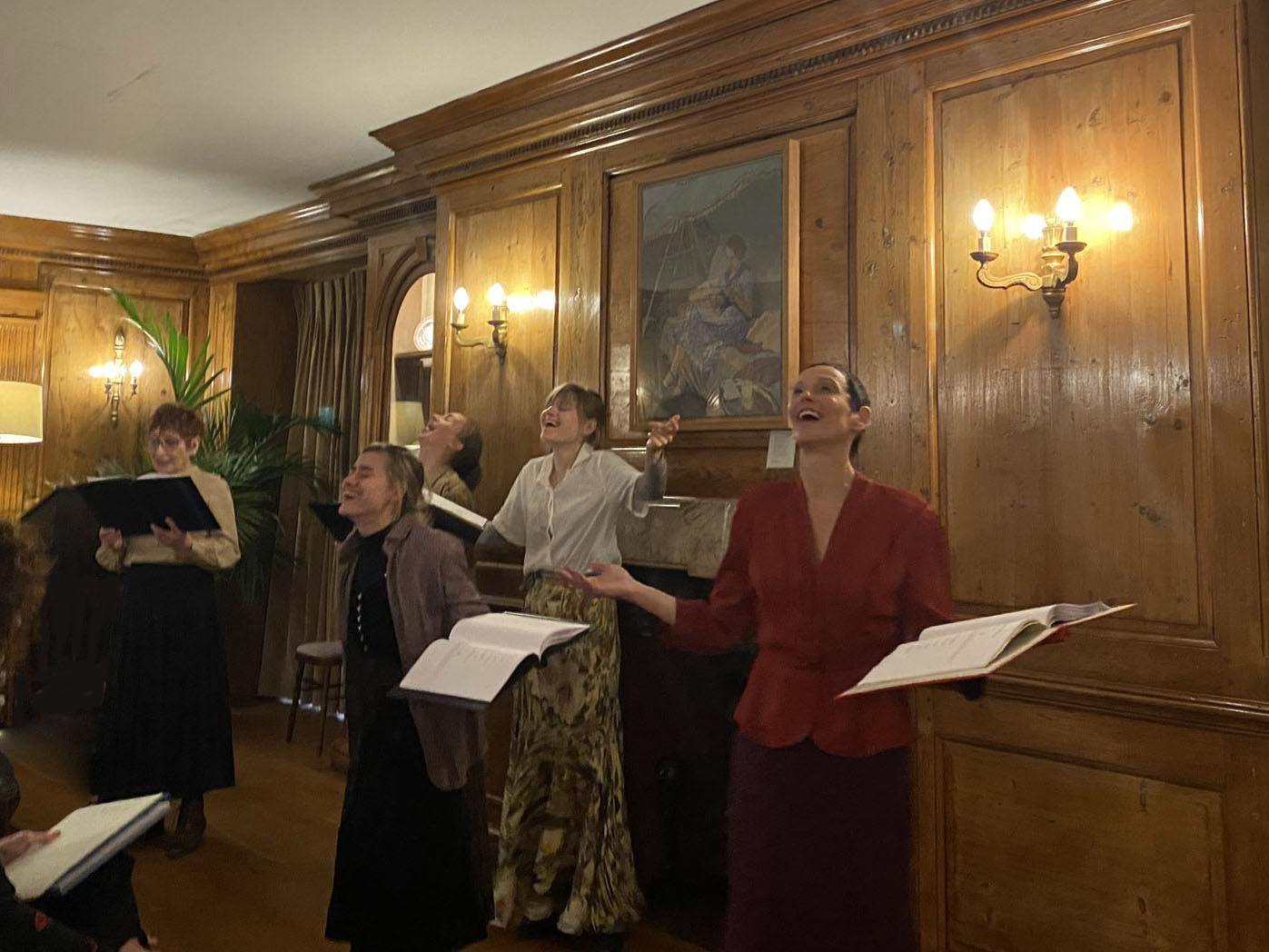 The title references the joyful Yiddish saying common to Jews in appreciation of their new status as equal citizens in post-Revolutionary France. In May 1940, Jews seeking refuge in France were arrested. Many were deported to internment camps in the south-west.  This drama focuses on the largest of these camps, Gurs.  The action focuses on three who were incarcerated as ‘Undesirables’. Thirty-four-year-old, political writer, Hannah Arendt, sixteen-year-old schoolgirl Eva Daube and twenty-four-year-old painter, Charlotte Salomon.  The play is set during the chaotic days between armistice and occupation.  Characters must decide whether to stay, and hope for liberation, or escape in to a dangerous unknown countryside

HANNAH To the audience.

We German Jews, we can adapt. Leave us four weeks in France and we speak perfect French. We know which are the best restaurants, cafes where to meet a friend, see a show, take in an art gallery. But who are we? Are we citizens? Are we enemy aliens? Are we Frau Nobody? And are we afraid of death? No! We are not! And when those friends turn on the gas or take a long, hot bath with a razor blade, we know why. But what is a Jew? And why should she die? A Jew does not exist, you might say, because there is no God and Jews who do not believe are not Jews at all. And God knows that most of us German Jews do not believe. Therefore, perhaps we are not Jews. Therefore, perhaps we will survive. How can we, with a ‘J’ in our passport? The suicide rate for German Jews is rising. Should we outwit them by killing ourselves first? Suicide – the last human freedom. But then we do their Jew-killing for them. And what about our houses, our jobs, our loves? Why must we lose everything because we are Jews? Crouch like an ant in a cupboard? Bury myself in a graveyard. Live in a sewer with the drek and the rats? No! We German Jews, we want to be Herr-Frau Doktor. Herr-Frau Schnorrer! Hand outstretched for a few coins. Like a dachshund who tells everyone, ‘Once I was a St Bernard.’ Yap-yap-yap-yap! We must adapt. We must forget we are Jews. Madame Cohen who leaves Germany in 1933. She goes to Prague and suddenly she is no longer a German. She is a Czech patriot. And when this proud Czech is expelled by the Czechs because of who she is, she goes to Austria and in Vienna she becomes a proud Austrian. She even learns to yodel!

A hidden story of women’s imprisonment, for the crime of being exiled Jews was witnessed by over 80 people last night. My play As Happy As God In France, an epic about 8,000 arrestees, was performed by five women on a handkerchief-sized playing space at Burgh House. The audience wanted to talk about the shock of this 1940 history and the voices of the unknown, the unheard and the unseen. Last night they were seen and honoured.

Supported by the Cockayne Foundation, The London Community Foundation and The Chadwick Trust