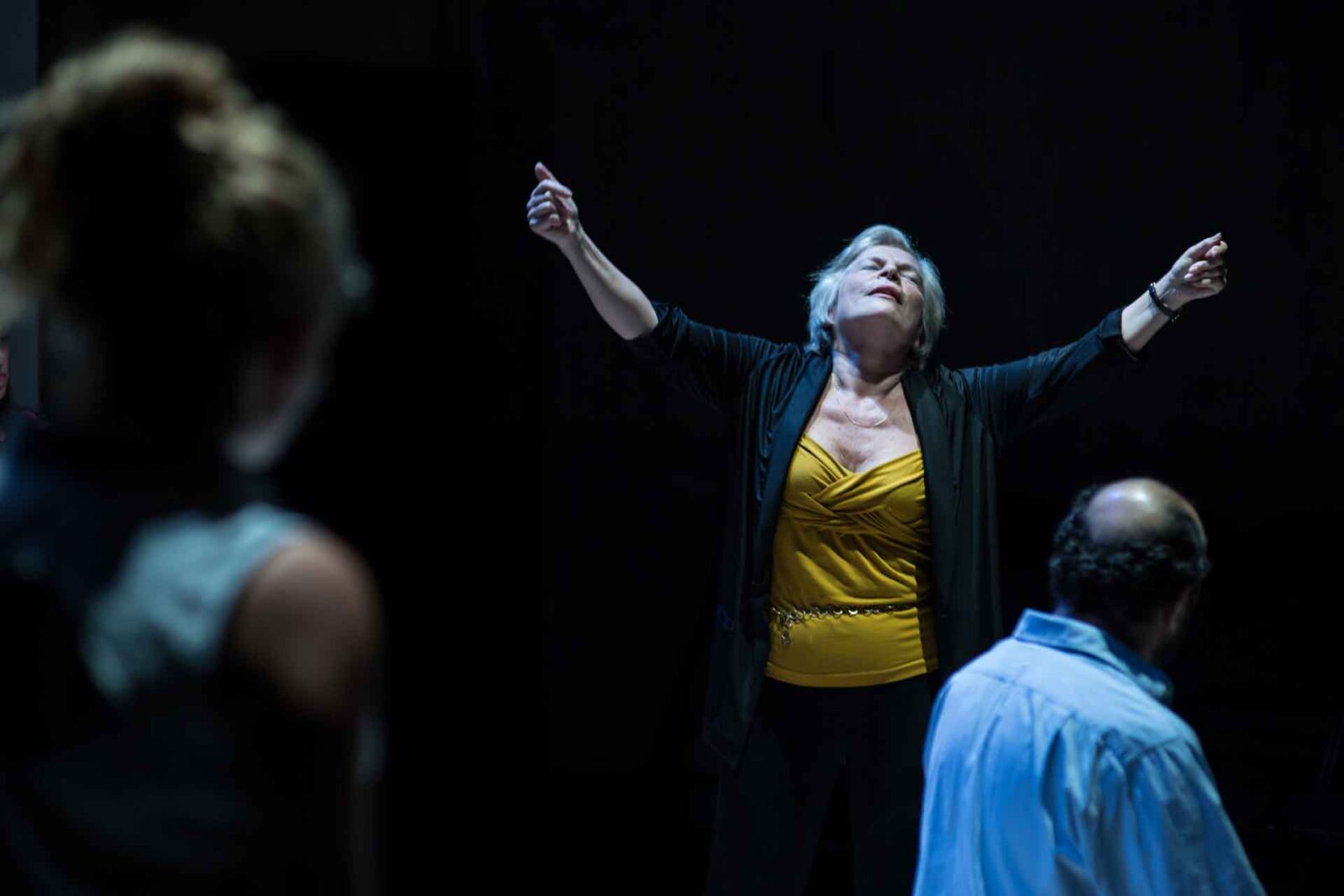 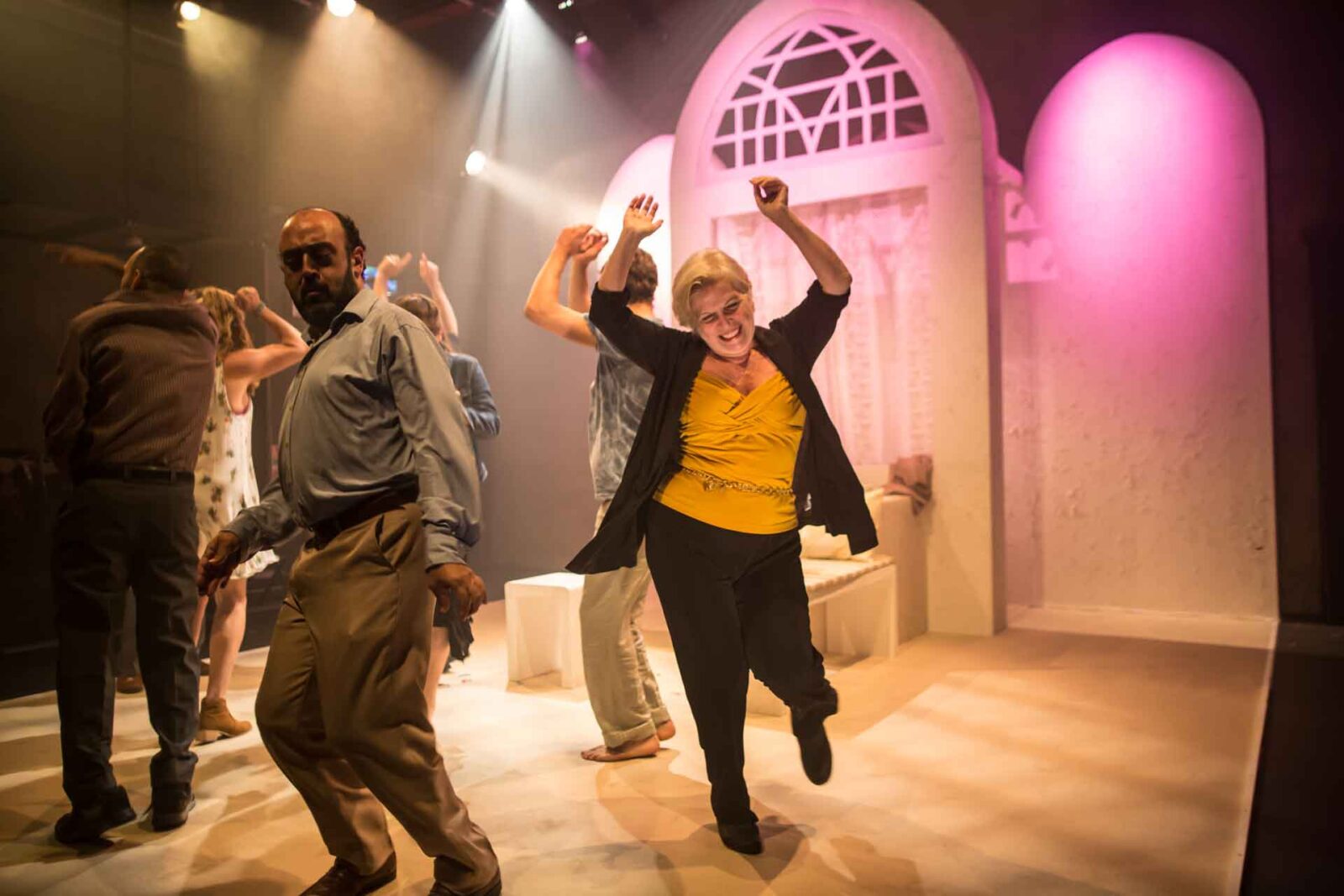 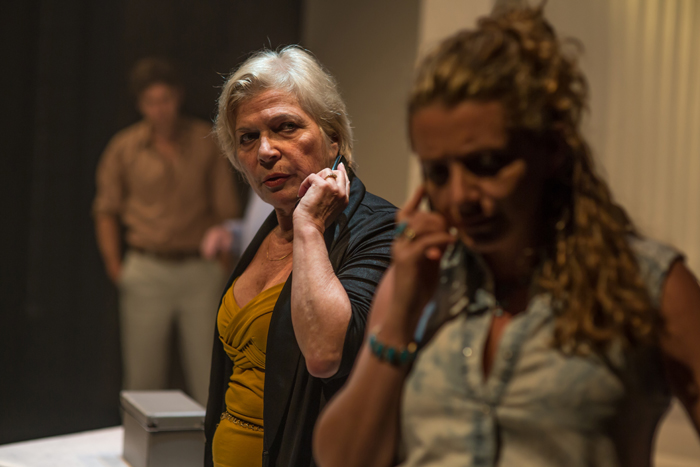 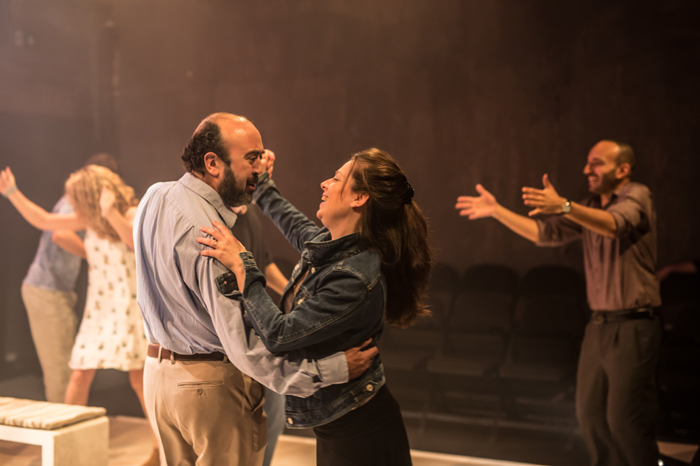 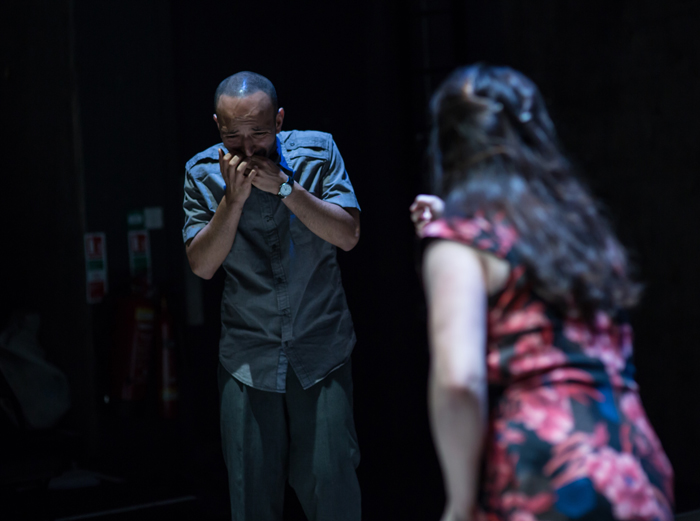 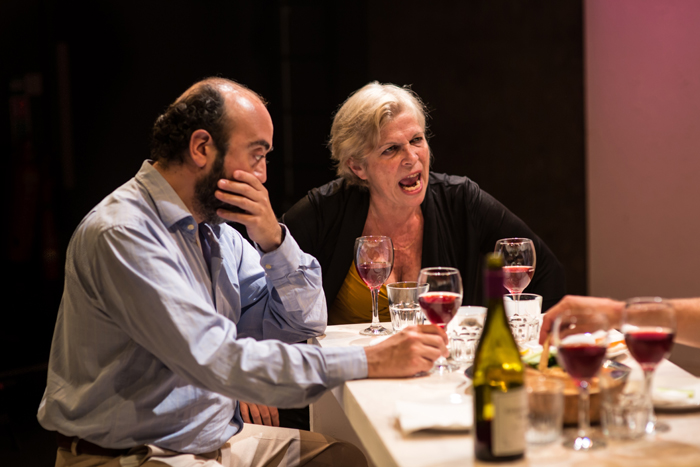 You know our problem? Too much history, not enough geography.

An Israeli Jewish family crosses Jerusalem to eat lunch in an Arab restaurant. This is a birthday celebration that reveals a past which overwhelms the present. Varda, the matriarch, is an estate agent waiting for a loan for a new investment. She lives with her Russian second husband. On this day she is visited by her son Gideon, her daughter in law, Yael and her daughter Lee. Gideon is anxious as he has to do reserve in the West Bank and he wants to desert. Varda has failed to organise lunch in her apartment. She accepts a dare to cross Jerusalem and enjoy the party in an Arab restaurant in Abu Ghosh. Here she meets Yusuf Khallil, the son of a former worker. Yusuf’s demands provoke a journey into the past which leads to the destruction of Varda’s family.

“Pascal has long interrogated Jewish attitudes and experiences without ever denigrating them. Here, too, she is even-handed .Israelis and Palestinians – all are subjected to the unblinking gaze of Pascal’s writing.”
https://www.timeshighereducation.com/culture/crossing-jerusalem-written-and-directed-julia-pascal
The Times Higher Education 13/8/15

“A crucial piece… ‘Timeless’ is a word that is tossed around extremely frequently these days, but it is certainly the most appropriate word to describe Julia Pascal’s Crossing Jerusalem.” ★ ★ ★ ★
http://www.thereviewshub.com/crossing-jerusalem-park-theatre-london
The Arts Desk  7/8/15

“While the title suggests dynamic action, the small stage space and extremely personal scenes make for a claustrophobic, intense atmosphere, in which the dangers the characters face seem all too real. This climaxes with the disintegration of Varda Kauffman-Goldstein, wonderfully played by Trudy Weiss, whose exhaustion, even before her son, Gideon, is killed, represents not just a woman, or even a family, at breaking point, but an entire country.”
http://www.thepublicreviews.com/crossing-jerusalem-park-theatre-london/
The Review Hub 07/08/2015

“Pascal has long interrogated Jewish attitudes and experiences without ever denigrating them. Here, too, she is even-handed .Israelis and Palestinians – all are subjected to the unblinking gaze of Pascal’s writing.”
http://www.cix.co.uk/~shutters/reviews/03017.htm
CROSSING JERUSALEM The Financial Times 19/3/03

“…one of the virtues of this engrossing piece is that it reminds us that the Israeli-Palestinian conflict is both shadowed by the decisions of the past and played out in a state roughly the size of Wales.Pascal very successfully breaks through the stereotypical idea of a homogenised Israeli society. By confining the action to a single day, Pascal captures the pressure-cooker intensity of Israeli life and shows how present actions are shaped by past guilts.”
http://www.theguardian.com/stage/2003/mar/24/theatre.artsfeatures
CROSSING JERUSALEM The Guardian 24/03/03

“Julia Pascal’s seething and passionate new play comes as a salutary reminder that, just because the anxious eyes of the world are turned to Iraq at the moment, it doesn’t mean that other global troublespots have miraculously gone away.”
http://www.standard.co.uk/goingout/theatre/family-at-war-7429634.html
CROSSING JERUSALEM Evening Standard 10/4/03

Crossing Jerusalem  was commissioned by the Tricycle Theatre in 2003. In 2015 a second staging was at The Park Theatre. Both productions sold out. It is published by Oberon Books and Samuel French (Inc) and has had no US professional production in the USA.