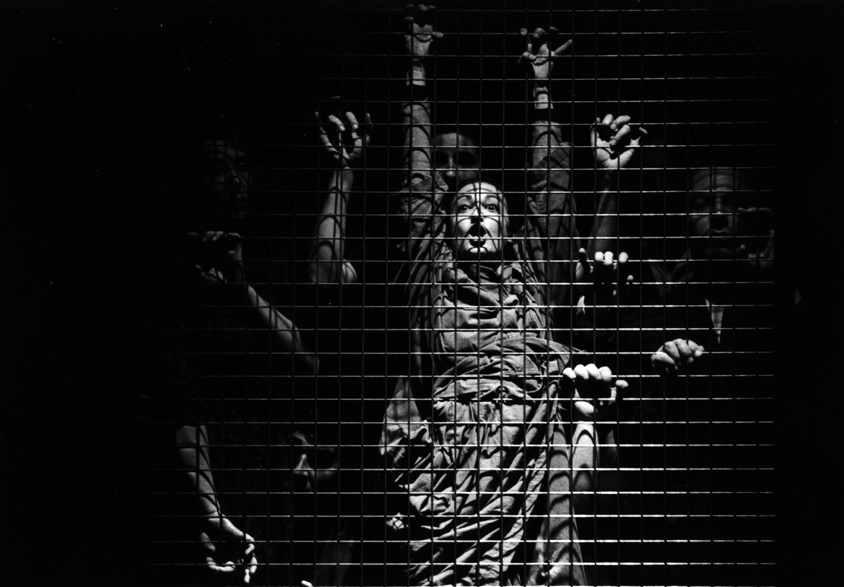 Year Zero is a bitter-sweet satire on Vichy France using the popular music of the period to lampoon many of the attitudes of the Petainist French. Year Zero is inspired by interviews conducted in the north of France, where communists, Gaulists, collaborators and witnesses to head shaving ceremonies provided the original source material.

Year Zero is directly inspired by those whose youth was touched by the Nazi occupation. The play exposes the day to day experiences of the men and women who suffered or profited from those zero years.

“The company perform with immense verve and minimal props, used with dazzling versatility. . .
. . . this show is physical theatre with a strong moral and political charge”
The Stage